What follows does not concern D-Day or the Normandy campaign, but the visitors of this page might find it interesting anyway.
I grew up in Faenza, an Italian town of 55,000 inhabitants that has the unusual privilege of hosting two Commonwealth War Cemeteries. Last Saturday, while there for a short visit, I visited them once more and took some pictures. 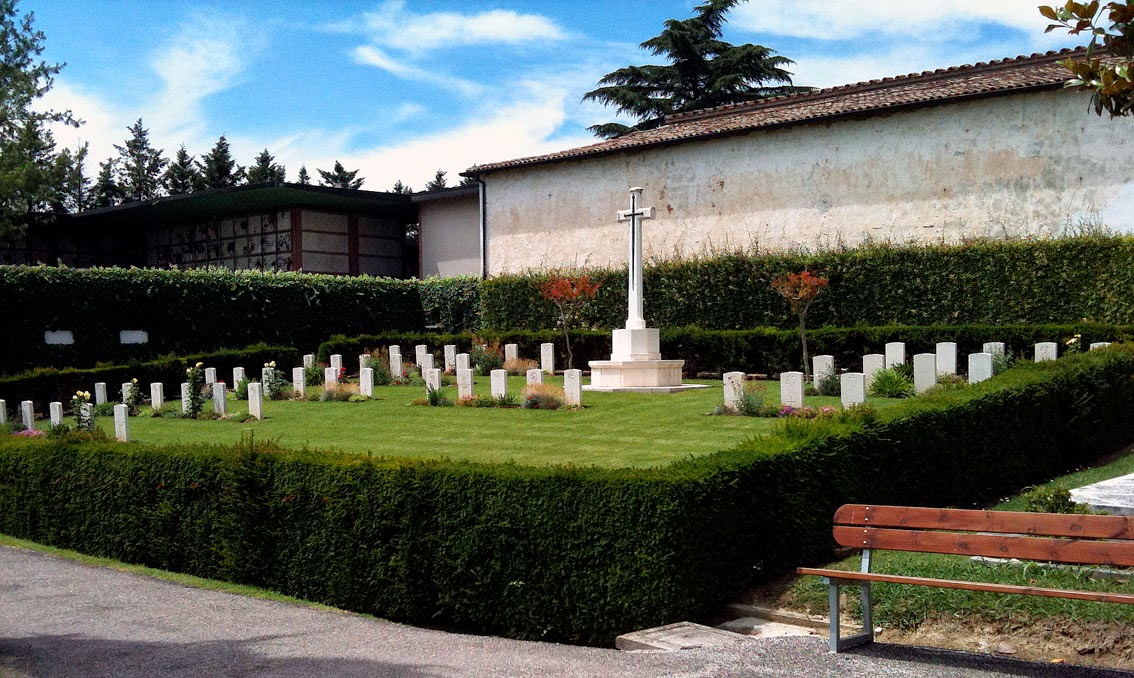 The smaller site is the resting place of 54 WWI servicemen (41 Britons) who died there when Faenza was the HQ of a Lines of Communications area, the site of a supply depot and of military general hospitals. The plot is part of the Communal cemetery. 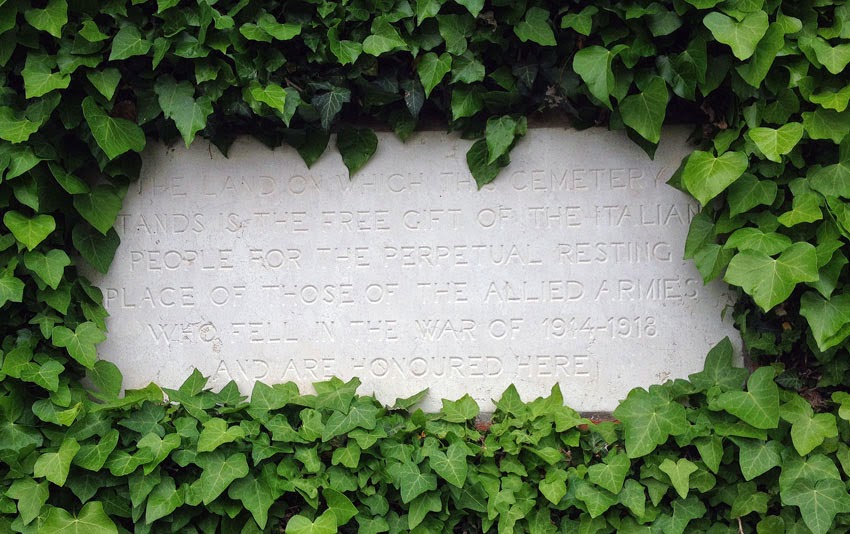 The other Faenza site is one of the ten biggest WWII Commonwealth War cemeteries in Italy and the resting place of 1,152 servicemen, most of them from Britain (856) and New Zealand (224). 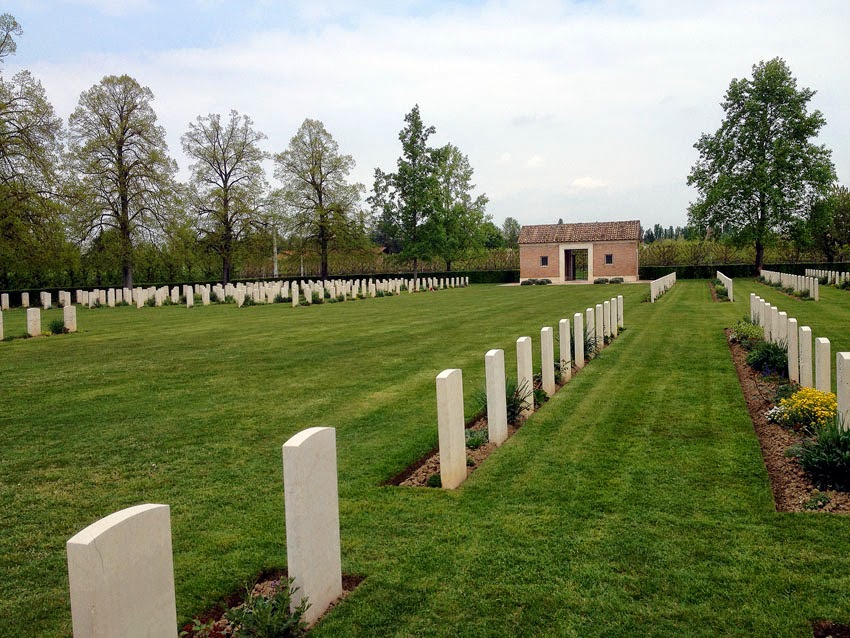 As the Allied advance stalled during the 1944-1945 winter, static fighting took place in the region and required the formation of this cemetery. 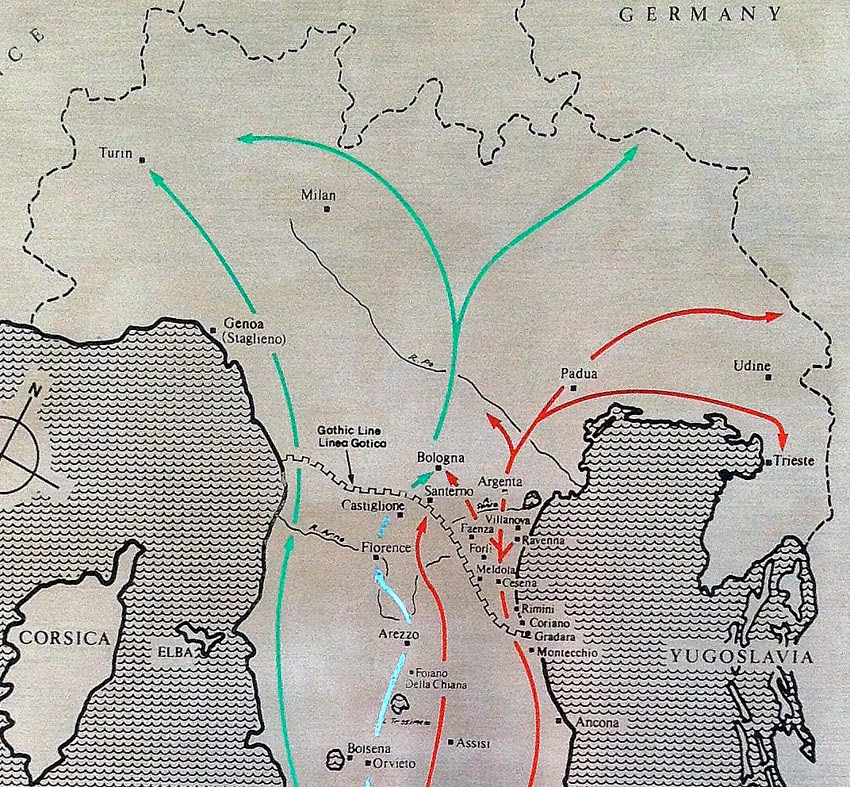 As the map on the metal plaque shows, Faenza was just above the Gothic Line. The red and green line refer to the 8th and 5th Army advance. 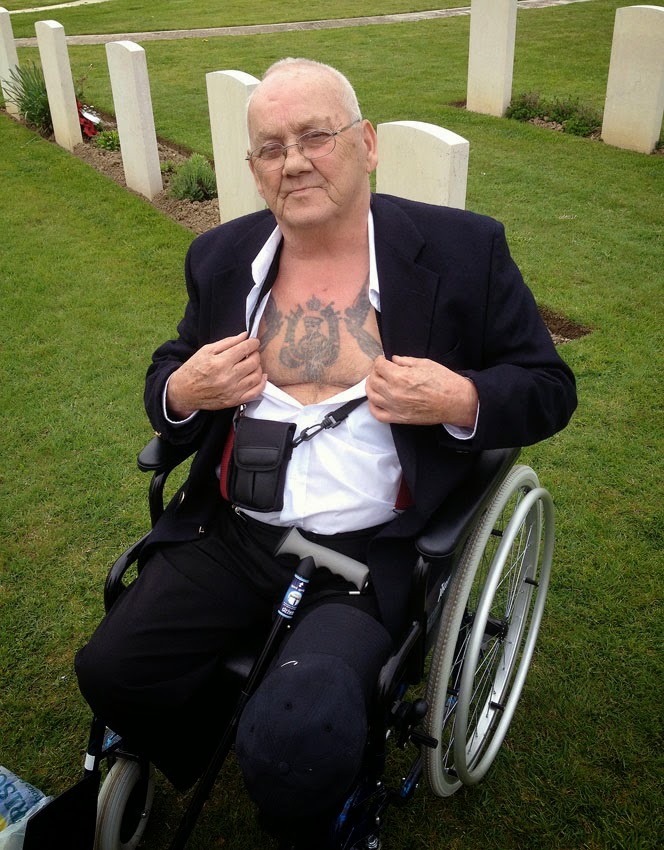 During my visit I was lucky enough to meet up with a gentleman from Bristol, who was paying a visit to the grave of his brother. Isaac Williams was a 32 year old Trooper in the Royal Tank Regiment, killed in action on 11 April 1945. He left a widow and four children to mourn him. 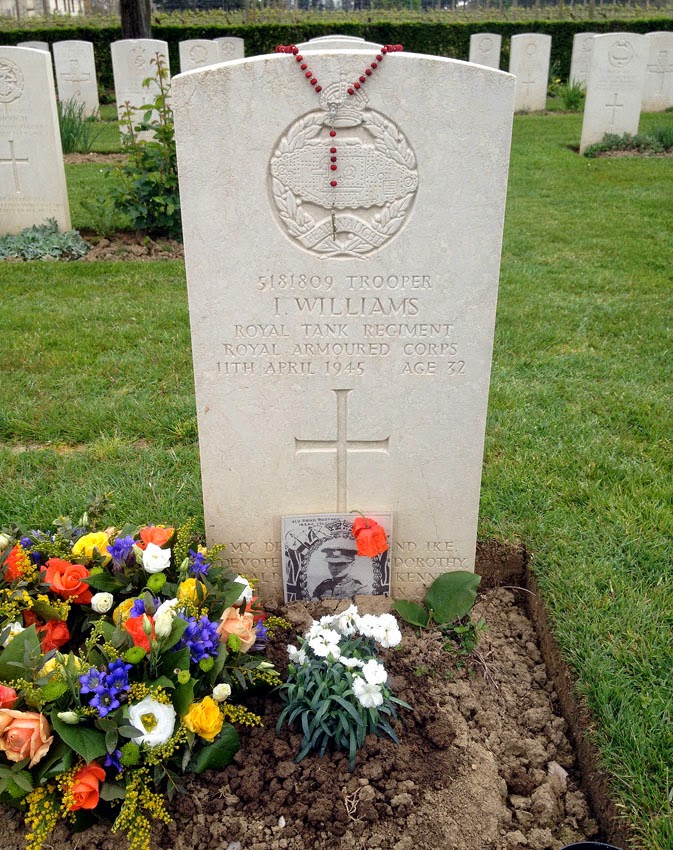 His brother Douglas, 18 at the time, had Isaac's picture tattoed on his chest. It is the same picture you see at the foot of the headstone. The same picture that hung from a wall at their parents' home and suddenly fell on the ground the day before Isaac's death.


... Denison smock with silk map sewn into the lining ... (from Chapter 2 of Wingwatch) 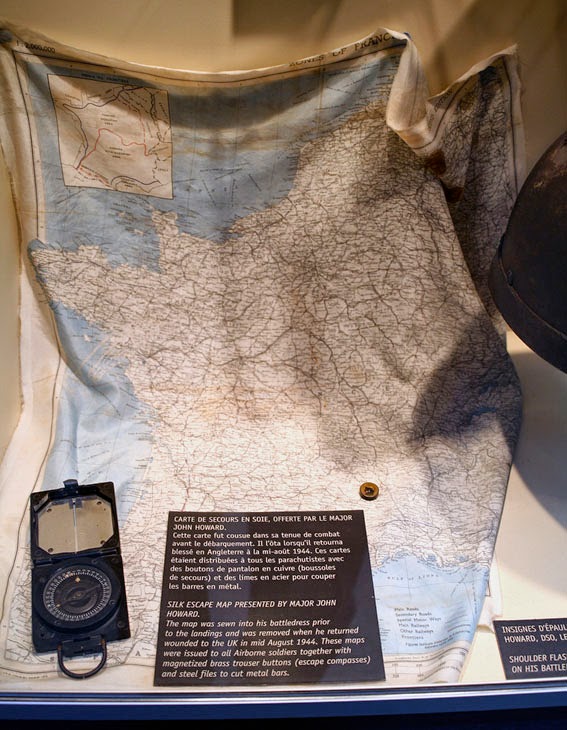 A map of France printed on a silk handkerchief and distributed to British paratroopers, who generally sewed it into their uniform. It was part of the ‘escape kit’, along with the mini-compasses hidden inside spare trouser buttons and the files for sawing through prison cell bars. This map is held at the Pegasus Memorial in Ranville. It belonged to Major John Howard, who led the raid on the moveable bridge at Benouville while the 9th Battalion was preparing to unleash the assault at Merville.

Want to know more about Wingwatch? Go to the presentation page.

Posted by Marco Strazzi at 11:47 No comments: